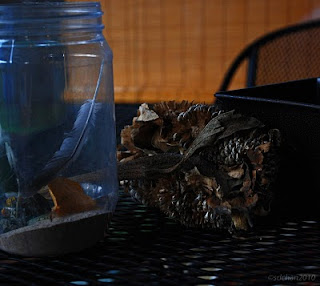 This summer has been a brutal one.

The heat of the day lingers, pushing through cracks in scorched earth and blooming hot into the night. A bit oppressive, one might say.

But on occasion, there is a break of sorts. I'm hoping for one of those today. 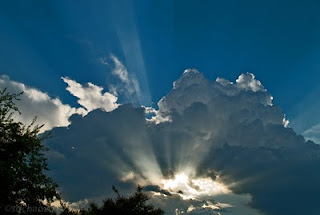 For certain, the drops are appreciated. Moments after they hit the dirt, the air is fresh. Plants awakened from their wilt. 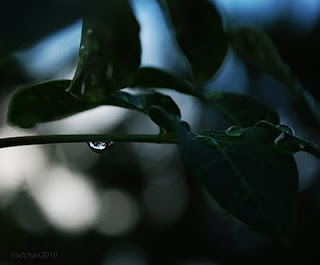 How precious and beautiful these droplets are. Each and every one. 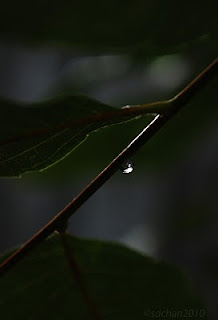 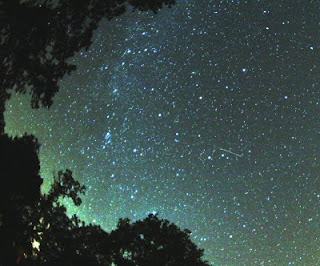 
It's that time of the year again!

The Perseid meteor shower is back once more. Though, since moving to this suburb, I've not tried to get to excited about it. I can't see a thing!

Ambient lights and what all. Egad.

So, last night, whilst watering the garden in the dark, a bit late-ish I realize, I thought about the Perseids and how my childhood summers were spent sore-necked looking for a fireball--seeing at least one large meteor blaze across the sky each year. A bit sad, I felt, that I'd not be able to see them in the glow of city lights.

I was watching through the trees, somewhat disinterested, as a small plane made its way east to west. When suddenly, from the corner of my eye I saw a bright orange glow begin its burn from the north! Nearly as quick as it began, the ball of fire sped to the south and vanished.

Lovely. Perhaps, the first meteor I've seen since moving to this place. Now I feel better.

It's after 2 am. Time to go outside and set my gaze skyward!