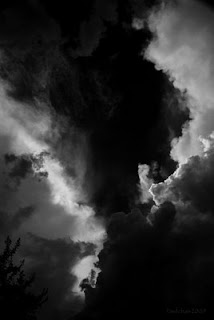 Hanging over us, a dark cloud.

It comes to visit on occasion. At times, appearing a bit more ominous than others. I'm no fan of it, to be sure. But what to do?

I'm fresh out of sunshine it seems. Though only for the moment.
Posted by StarCat70 at 1:52 AM No comments:

Email ThisBlogThis!Share to TwitterShare to FacebookShare to Pinterest
Labels: observations

Turn off background music HERE, then come back up.
Hubby and I watched the Clint Eastwood film Gran Torino the other night.

Some may find this film a little off-putting. Racist remarks are quite free-flowing throughout. Of course, in time, one can see past all that for the meat of the story.

Because the language is very much in-your-face, we couldn't help but laugh at it. And for me, a special smile.

I knew someone, several years ago, who used similar language as does the Eastwood character, to describe certain groups of peoples. He, too, was a war veteran. Only he went to Vietnam, not Korea.

When I first met this fellow, whom I think of as my good friend now, I thought certain he was a bigot. He had his issues with the Vietnamese in particular, and with other peoples, too. Though, despite anything derogatory he ever said, he cared deeply about everyone. He wished for their success, offering advice, money, or whatever was needed, to help anyone of any color. A real softy inside. But how many really new it?

My friend wasn't near as grumpy as "Walt", but he had opinions on just about everything. And of course, he had his own arsenal. What a gun collection! The Wild West to be sure. I can hear his tough guy voice now... "I'm from Buffalo, New York. Mucho muchacho..." and all that.

Funny, he used to compare himself to Eastwood. So this movie really fits. I hope my friend sees it, wherever he may be.
Udacha!
Posted by StarCat70 at 3:25 AM No comments: 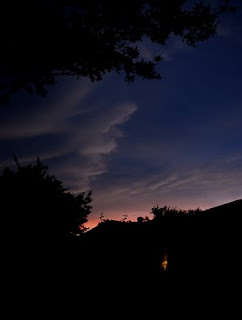 Thanks to such a thing as the Mexican plume, we see interesting cloud formations without the violence.

On occasion, I can appreciate a good capping inversion. Particularly since we are in process of getting the swimming pool ready. But at times, I'm ashamed to admit, I do enjoy a nice gully-washer with all the fixins.

Recently, we had what seems to be our first tornado warning of the year. At least I think it was the first. I can't remember, since it's been a while since we had such excitement.

We sheltered the little ones in a closet, whilst us big ones watched the wind whip the trees around. The twister was a small one and missed our town pretty much, we just got the 80mph straight-line gusts.

Not near as bad as the tornado we had, I believe it was last year, which actually hit less than a block from where we lived then. Some trees were uprooted, fences blown down and quite a bit of roof damage occurred all over town. And wouldn't ya know, we slept through that one! Crazy.

Not that I wish for a terrible twister. I don't. They scare me.

Maybe I expect to hear tornado sirens go off at least a handful of times in spring and summer each year. It did in West Texas and all over Oklahoma, not terribly far from here. The difference, we have that Mexican plume in these parts.

Email ThisBlogThis!Share to TwitterShare to FacebookShare to Pinterest
Labels: environmental

Since our move a few months ago, there has been loads of stuff to do! 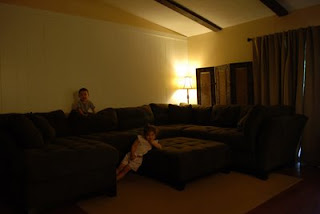 Though, I wonder if we've gone too large with this one!

A major improvement, to be sure, the walls behind the monster sofa are no longer blood red! I'll not miss the smell of primer anytime soon. My desire to paint has all but vanished, as well. Yet, there is still the kitchen to be done! Egad. 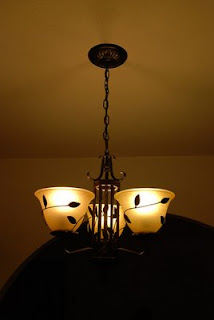 We did manage to hang a new light fixture over the dining table without much trouble. This is a big accomplishment. Ha ha!

Needless to say, we aren't finished with the work. But there has been progress. We'll be sure to keep you posted.


In the meantime, the lawn needs to mowed. 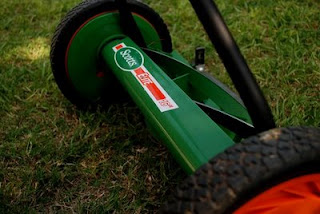 This, whilst my little man and his sister have a bit of fun. 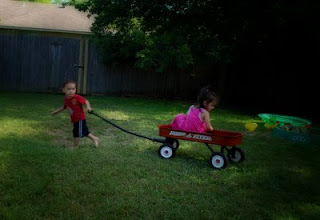 A bit hard to believe this is a boy born 3 months too soon!
Way to go Ian!

In time, there will be more pics. Maybe a bit of video.