There is little left to say after this: 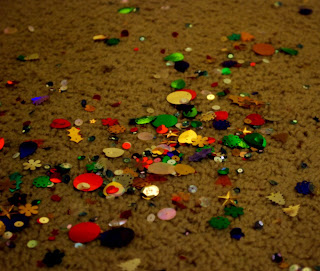 It is confirmed, Little Daughter is an artist.

Her creativity expressed itself particularly well the other night, when she discovered Big Sister's bag of multi-colored, multi-shaped sequins. 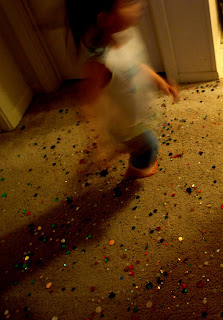 It is still a mystery to me how no one in the room suspected what Little Daughter had in mind for the sequin bag, until is was too late. Though she is often a quick and stealthy one, her decorative swath encompassed nearly the entire house without notice.

A decorating tip: Sticky baby feet are perfect for spreading glittering color throughout the household. 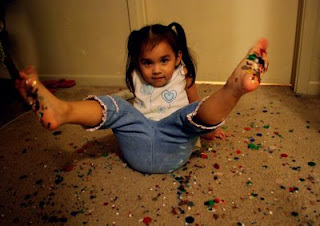 There was nothing left to do but enjoy the beauty of her work, as she was indeed quite proud of it.
Posted by StarCat70 at 11:04 AM 1 comment: 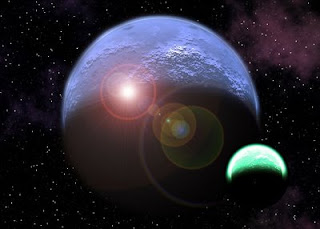 Whilst re-reading an old issue of PopSci, I came across something I must have missed the first time.

Me thinks it was the pretty picture of a delicate wineglass, with some sort of red-orange glowing concoction in it, that threw me off. (Yeah, it has nothing to do with my planets pic~~I like planets...what can I say? :o)

The bright liquid in the glass, a hydrogen peroxide and chlorine combo. The glowing, according to quantum mechanics, shouldn't happen. That it does, opens up another way of thinking. To read the PopSci article click here.

I could go on about how cool the subject is, but I've run out of time. Perhaps, when science shows time travel possible... ahh...imagine the possibilities!
Posted by StarCat70 at 3:00 PM No comments:

A good organizer is what I need. Something with alarms, bells and whistles to point me in the right direction. 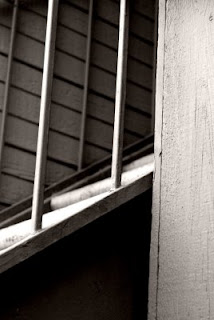 The eldest will be starting school soon. Summer's just about done. This is when it gets interesting. All the running around to do.

And so, with the last days of summer vaca slowly fading, I can't help but think of all the plans that never came to fruition. A bit frustrating. Only a bit. We'll get it all done, I'm sure. But I still need that organizer. 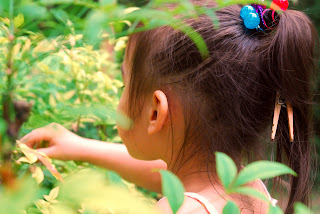 In the meantime, I'll snap some pics here and there.

Here are a few from today. Not the best work I've seen. Today was overcast. That's my excuse at least. 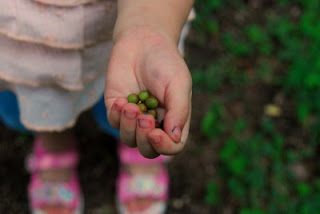 Little daughter was picking berries off the bushes. I do like her hair clip. :o) She asked that I take a picture of what she'd collected. Shortly after, whilst giggling with joy, she threw the berries to the sky.

A simple moment like this makes the noise of chaos much less glaring. 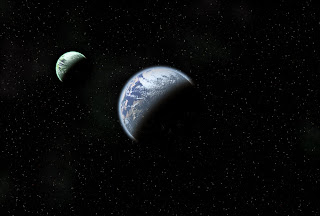 It is always a quest for a single useful piece of editing software that somehow exacerbates my techno-ADD.

Initially, the search was for an app to edit and convert RAW files to JPEG. This, because the Nikon D80 kit does not come with software to edit RAW, though it does come with a RAW viewer.

O' course, that is neither here nor there. Instead of focusing on the task at hand, I ended up fooling around with various plug-ins for Photoshop 5.5, just for the heck of it. The planets pic and starry background was crafted out of lunarcell and glitterato filters found on FlamingPear.com. I'm going to miss those plugins when my 30 day trial is up. But, if I really like 'em, I can purchase the plugins for a small fee. 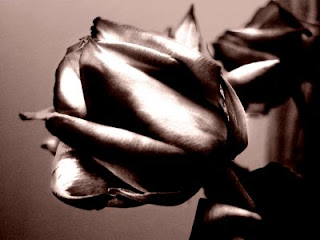 The rose was altered with Pseudo-IR freeware from Cybia Digital Resource Studio. Pseudo-IR simulates infrared photography. Tints can be added to the image, as well. The plug-in can be used with Photoshop and some other graphic programs. Pretty cool. Especially since I've been looking for an alternative to infrared film, which can be a bit tricky to use.

I did eventually find an acceptable free RAW converter tool. SilkyPix Developer Studio 3.0 Free Version works just fine. And, if I really like the software, I can purchase the full app later. ((this is starting to sound familiar))

There's a method to my madness. Editing RAW images then converting to JPEG seems to work better than only editing a JPEG. RAW pics can be sharpened, white-balanced, and contrast-corrected without boogering up the pixels. JPEGs seem to get fouled up when altered too much.

Okay, I know the key is to take a good photo to begin with, so all this editing wouldn't be necessary. But nobody's perfect.

For example, the following pic is indeed a pretty bad attempt at photography on my part. Luckily, it was saved in RAW as well as JPEG, thus room for improvement. 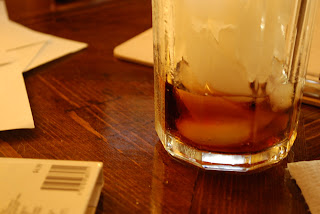 This second image is the result of some work done with the SilkyPix app. Better, but could use a bit of improvement. Unfortunately, I only have the free version software, so that's all I could do. I saved the result as a JPEG. 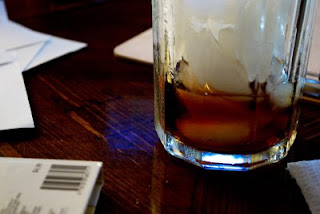 Because I felt the blue TV glare next to the glass was bothersome, I opened the saved JPEG in Photoshop 5.5 and attempted to fix the problem by adjusting the curves and color balance. The result is the following pic. 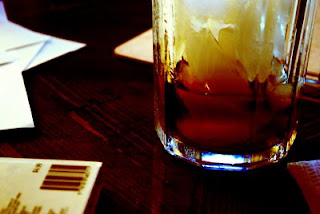 I'm not fond of the yellow-orange hues, but the blue cast is nearly gone. And it looks better than the original. With a little more fiddling and time, I might have found an easier Photoshop trick.

Me thinks I should just spring for the SilkyPix Developer Studio 3.0 full version software!
Posted by StarCat70 at 2:34 AM 2 comments:

Still not the Nikon D3, but it's a start.

The D80 is much less expensive than the D3, which is a plus. I doubt I really need the D3 anyway. And, when the husband gets the D3, I'll have the D80 all to myself.

The D80 doesn't have auto sensor cleaning like the newer D60, but there are other features I'm sure to like. For one, the D80 is slightly larger. And yeah, as far as DSLRs go, size matters. At least to me. Another feature D80 has, that D60 doesn't, is bracketing. Even my compact P5100 has that.

Me thinks there'll be test shots posted here. Now we've got to dig up the old Nikon lenses and see what will and will not work.

Geez, this reminds me to pick up my Coolpix P5100 and finish those kid vids I'd promised!

Just for a bit of fun~~
Thanks to angiestakeshi for sharing the vid.
Posted by StarCat70 at 4:06 AM 2 comments:

Email ThisBlogThis!Share to TwitterShare to FacebookShare to Pinterest
Labels: gear

this is only a test

Since I was recently playing around with the settings on Cyberlink Power Director, I thought I'd attempt to upload a higher-quality vid for YouTube. As we all know, YouTube video quality is a bit fuzzy, especially if there is text involved. So, I thought I'd try to sharpen the edges by following a few tips found by searching "high quality" on the YouTube Forum.

The following vid is a test. I'd previously posted it to YouTube as a WMV. It is now an AVI. The settings have been changed from a typical WMV format to a DivX. Frame rate is set at 30fps. Audio set as MP3. Video compression data bitrate is 460 Kbs. Size 640x480.


Below is the original.


This is a typical WMV that has been YouTubed and seems slightly smushy, though it is brighter in some areas.

Me thinks more testing needs to be done.
Fun stuff! 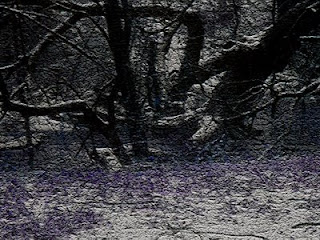 There is a sadness hovering over the junk in the house.

Time to clear out stuff. The dust. The old lingering melancholy.

We are on the cusp of something new.

We plan to move next year. And so, we've got to sort our mess and take only the most important items.

In the process, I have uncovered old messages, pictures ... a life difficult to recall, tucked away in powdery boxes. Why do I keep it all?

Yes, there are good memories, too. Happiness found amongst the photos with smiling faces and kid-art with colorful scribbles, first-time face drawings. I've kept some of those things. They are hopeful and pure.

And then, the items reminding of those we've lost. I can scarcely touch them with fingertips, lest the tears begin to fall. This telling me how much I've tried to avoid the feelings. These things I keep in honor of those missed. These break my heart most.

A difficult road it has been.

I can only hope we'll be done with the sorting soon. Much longer and I'll be reduced to a gloomy, wilted rag of a person.
Posted by StarCat70 at 3:59 PM No comments: