Some nights, on the rare occasion I find a bit of sleep, I dream strange things.

Last night was one such occasion.

I'd gone to bed much too early, before midnight. With so much time to dream, there was bound to be something of interest I'd not forget upon my waking.

There were strangers in my dream. One was sorting through his expensive camping gear in my mother's living room. I shook his hand as though I was just meeting him for the first time and pretended I'd heard his name once before.

I'm sure I'd seen something on television about thrill-seekers and outdoorsy types to provoke such thoughts.

Though one vision was just plain odd.

In my room, in a house I was unfamiliar with, there stood a metal frame that held a large delicate paper sheet. The paper was cut maze-like, as in the image shown above. It bellowed in a breeze that was non-existent.

Someone had told me it was bad qi to have this thing in my room, though I'd no idea why. I refused to get rid of it, saying that it was a fine piece of art, cut so delicately.

Perhaps, it was a passageway of sorts...hmm...

In any case, I found myself yelling repeatedly at this bellowing, breathing sheet, "Go back to where you came from!"

Creepy, to be sure.

I've no idea what provoked these images, yet it has me curious.

It is the time of year again, when the deja-vu is most active. The dreams most vivid. I suppose it is the spring weather causing such things.

tiny blue and the child's treasure

Spring~~
At last there are buds and blooms on the trees. The grass is greening. There are birds picking through the blades. Flitting about in the branches.

Fresh and new, it is. Lovely.

And so, naturally, I with my camera crept low to the earth searching for the tiniest of flowers in the lawn. These blooms are the reason the grass is getting tall--not yet time to mow. And, too, the reason I do not care to have the perfect one-grass-only carpet of green. I love the variety.

There are clusters of blue scattered here and there across the yard. 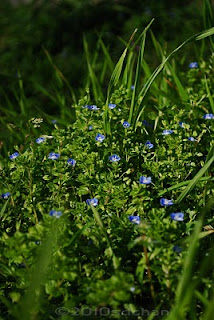 Upon closer inspection, individually, tiny and delicate flowers. So sweet. 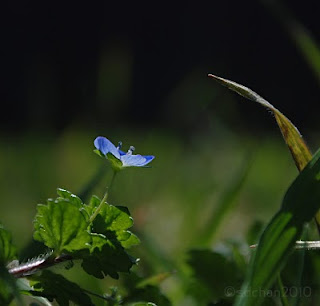 There are other sweet flowers dotting the lawn. Some most hated by those who love their pure green carpet! The dandelion being one of them. 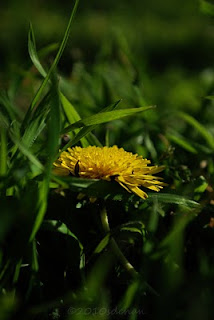 To the children, the dandelion is pure treasure. It is magical. Make a wish and blow the seeds from their stem. The wish is carried to heaven on the wind and is certain to come true. 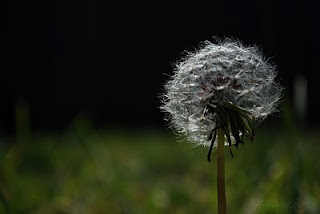 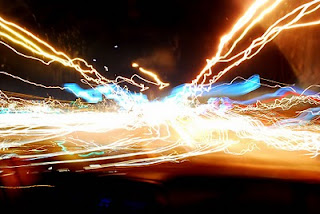 Today was a difficult one. Everyone has those days, of course. But mine didn't have to be so. It was my own doing, and for that I am sorry.

It started innocently enough. The day, I mean. A bit of beauty in the clear blue sky, the sun. Nice, to be sure.

As the day warmed, so did I.

Mistakenly, I reminisced of times I should have long forgotten. And so, I became agitated and distracted. Those days of old have bittered and hardened me to a point not to be recovered from easily.

A touch of rage nipped at me whilst I drove the car this afternoon. It was not just that the young driver in front of me was clearly distracted for a great length of the road. Instead, the trigger was the reaction I received shortly after my slight tap on the horn when we were stopped at the light.

Never mind, the light burned green for its duration. That the driver sat staring blankly at it, while I sat behind him in frustration.

Never mind, that when he finally decided to go, the light was yellow, then nearly burning through a red light I did.

No. He took it further and jabbed an unkind finger in the air. Yes, I suppose it was my doing, his temporary paralysis at the green light. He then proceeded to drive recklessly in front of me, nearly causing me to crash with my children on board.

Never mind, all that.

My largest fault began after avoiding contact, firmly slamming the brakes, and hitting the horn in hopes of raising awareness at the fire station nearby.

Yes, I pursued the young fellow. Actually hoping he'd pull over for a chat of sorts. So he'd not flee without having had a piece of my mind to mull.

Luckily, for us all, I suppose, he never pulled over. No harm came to his ego, I'm sure. No harm to the children, thankfully.

My eldest daughter, sickened by my behaviour, sat angry next to me. And I, sat disappointed. In myself.

This is not who I am. I am not some enraged animal, out for vengeance. Am I?

When I think of who I once was, and who I'd like to be, I don't see this darkness. When it wells up, this confused cloud, it saddens me. Frustrating it is, I thought I'd come so far. But no.

Perhaps, it is a small thing.

For those like me, whose past has been tortured to an unimaginable brink by one other hateful soul... surely they could understand. For the rest, it is difficult to explain. Nearly best to avoid trying.

I've had dreams of recapturing that light, the innocence of trust I'd held in others to be kind. Truly there is a decent music in my heart. But still, there is the fear that is provoked by sometimes the simplest of things.

Why must we need be so ugly...