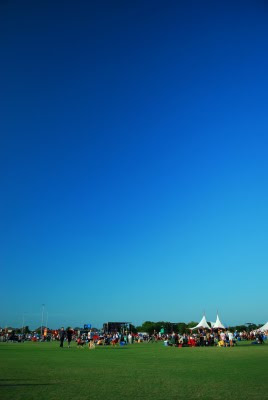 July, already. And nearing its end, no less.

The weeks are speeding by mysteriously, silently. I've only just noticed it.

No. The noticing started a day or so ago, when the sky in the day was the deepest of blue. Not just any blue. The scarce puffs of clouds were small chips of snowy bergs floating in a bottomless sea.

At the time, whilst marveling at the crisp clarity of the sky, I thought about taking a picture. Over the years, one of my favorite subjects to capture is cloud structure or simply the relationship a cloud has to the sun, or to the blue. But no. I did not rush to get the camera. I must have thought there was still time.

The next day presented itself in similar fashion. The sky an incredibly clear deep blue. Only a few small clouds for contrast. Still, I did not have camera in hand. So unlike me. But there it is.

What's been occupying my mind, creating a deficiency of attention, are the inside things. Computer work. And the sudden silly desire to acquire audio recording equipment. Techno-ADD, again. Since, after all, it's been hot outside. Really hot. Over 100 degrees Fahrenheit. This, for what seems like weeks. No rain to speak of. The grass is crunchy. The earth cracked, parched, baked. The leaves on the trees are beginning to show stress, curling, turning brown around the edges.

For this, we stay inside. There is little to be done in the hot.

At the beginning of summer, we busied ourselves with travel and swam a lot. It became nearly a daily event, the swimming. We tried to take a break from it and go for bike rides instead. But the heat sapped the energy, and the joy we'd normally find from such journeys. The crystal water of the pool was indeed much more inviting. The laze of an evening spent floating belly-up to the sky, waiting for the first stars to appear, pure bliss. 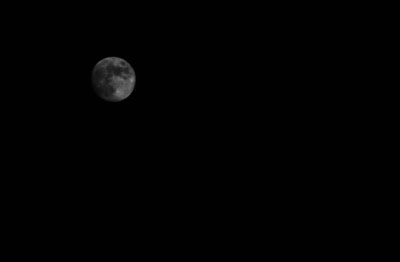 And then, it happened... The pool filter pump broke! And rather unceremoniously at that.

I found the water still, one day, the pump soundless. My job (one I've chosen) is to maintain the more than 4,000 gallon pool. And being a somewhat handy person, I grabbed the tools, unhooked the filter and proceeded to take the machine apart, hoping the fix would be easy.

But no. The plastic impeller had snapped in two. The thin plastic covering the magnet had worn away, the magnet corroded. These things could not be replaced on this particular pump. The model being somewhat cheaply made. Wish I had known sooner.

It would take a week to get a new filter pump. I'd become so addicted to our daily swim. The ritual of it. Not having to think too much about what would entertain the day. A week seemed near forever.

Though in that time, that small speck of time within the year, I could see the summer's haste to be over. Suddenly noticing it being mid-July. August will soon arrive. And with it, school will begin. For my youngest daughter this is all new.

And there it is. The root of it all. The youngest daughter, kindergarten. And in a year our little boy will follow. Before we know, the eldest daughter will graduate high school.

My mind is spinning. The time has gone so quickly. Though I'm certain I've done my best to relish each day. To squeeze every drop of simply being. Which, oddly, only trebled time's speed even more.

It happens on occasion. The sharp realization. That splash of ice water on the face forcing awareness of the truth. These 100 degree days only seem to last longer. Platinum bright, thick, syrupy and languid as they are.

Yet here time is. Rushing along just the same.

I suppose it's us, the grown-ups, willfully miring ourselves in some sameness. Stuck in a limbo, not moving forward. Not changing. Pleasantly fooling ourselves with pattern.

Whatever. It was fun.

Now it's time to get down to business. But don't forget the camera! 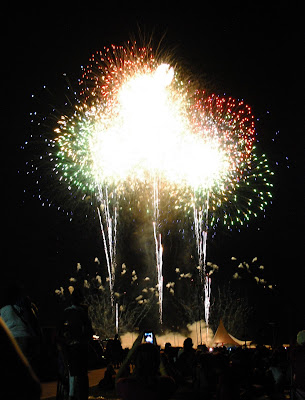