How to Use Chroma Key in Vegas Movie Studio

For some reason, this short tutorial took days to complete!  That would be the reason you don't see many like it on my channel.  Still, I enjoy doing these kinds of videos and plan to do more in the future.

The tutorial shows how to use the chroma keyer plugin found in Vegas Movie Studio HD Platinum 10.0.  At least, the way I use it.  Ha!

I don't have a chroma green backdrop, so I decided to create a simple animation and give it a green background.  Sort of a green screen simulation. 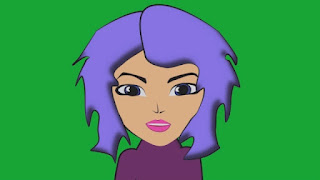 I created the animation using Anime Studio Pro, which is a whole different tutorial in itself.  Yep, I've already made a tutorial for that one.

Here's the link to a 3-part series I did explaining switch layers, and whatnot, in Anime Studio Pro 6:
Switch Layer Tutorial

Okay, moving on to chroma keying. 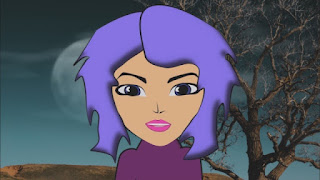 This image contains 4 layers.  The girl animation, a photo of a tree, some clouds and a photo of the moon.  In that order.  The chroma key plugin was applied to the girl animation background, and then to the sky in the tree photo.  I could have used video in the layers instead of photos if I wanted.  Which would be pretty cool, too!  There are so many options.  I did manage to animate the moon using track motion.

My face in the sky was cut out with the Cookie Cutter plugin.  I changed the border of it to blue and chroma keyed that, too.  I was told the result was creepy ... not nearly as creepy as the junk that would have shown up in the background.  Haha!  Oh, the possibilities! 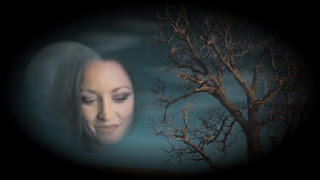 One thing to note, when applying any type of effect to media in Vegas, one needs to understand which option to choose between Media FX and Video Event FX.  My understanding is that selecting Media FX applies the chosen effect to the clip in every instance in which it appears, including in the Project Media bin.  If Video Event FX is chosen, only in that instance is the desired effect applied.  So, using Media FX  helps to save time if the media will be used repeatedly throughout the entire work.

I tried to keep the tutorial as simple as possible.  But, of course, there are a few slightly more complex elements I threw in toward the end.  I briefly brush over how to animate the moon, but didn't go into detail.  I may need to make another tutorial!