There are some things I wish I never had to know.
A little MIB flash would be great right about now... too shocking to recount...
Egad...
Motherhood.
I think I need a drink.

There is an air of oddness about. 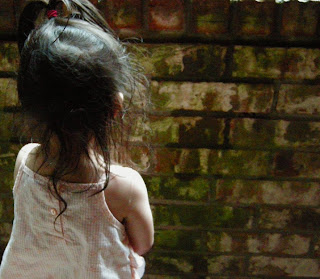 I've not been able to shake the feeling, nor put my finger on its cause. Though, I suspect an abnormal amount of activity has stirred up the strangeness.

Maybe it's the humidity.

I can only hope it will pass.

The weirdness... and the humidity. Recently, I was informed I'd be teaching others to sing.

Well, casually, at least. And fortunately casual, since I've not sung a proper note in many years! haha

There was a time when I aspired to sing professionally. And I'd done so, a little, but it was a while ago. And all the training I'd gotten then, now wasted for some dark reason. I barely remember the proper techniques, though some things stick in my mind.

In keeping with my lack of focus~~~

Okay, maybe some do. But, I'm not talking about pet owners or those with odd fetishes here.

The other day, whilst playing Call of Duty4-Modern Warfare (very badly) on the PS3, I got pretty frustrated. I was trying to complete a simple task, but this voice kept needling me to hurry up, do this, do that... And, boy,what a failure I was. Egad.

It was pretty annoying, that voice. It caused me to mess up a lot, I'm sure. To the point that if I could find the guy, I would've swung my weapon around and...well... shot off a warning or something!

I'm not mean enough to kill the guy~~even in the virtual world.

What I realized, though, was how the game could be used as an example. Especially for guys who might believe always yelling orders at someone yields good end-product.

Now, I know, soldiers need to be tough to deal with all kinds of stuff. I have the deepest respect for what they do.

Kiddos, though... Do they need that much stress?

Parenting is a difficult job. Many times, kids don't do as they are told. And yeah, on occasion, you gotta get loud, when it's the really serious stuff you're dealing with.

But, when you're talking about doing the dishes or cleaning a room, it's a little different. The urgency is not there, so the loudness isn't necessary. Each issue has its own level of concern and should be treated as such.


Thank you mynameiszach for sharing the vid.
Posted by StarCat70 at 12:05 PM No comments:

I'm always looking out for fun stuff to create on the internet.

Not too long ago, I discovered wix.com.

It's a pretty cool site where you can create widgets, comments and web pages. Every now and then I go back to it and play a bit.

Most recently, I made a simple widget and added a song to it.

"Sleep While I Drive", was one of the first Melissa Etheridge songs I'd ever heard. Brother introduced me to it. When I think of Etheridge, I think of Brother. We'd cruise the back roads listening to her stuff.

And so, I thought it'd be nice to add the following widget below, in honor of Brother and Etheridge.