Something a Little Different--Upcoming VoxBox Vid 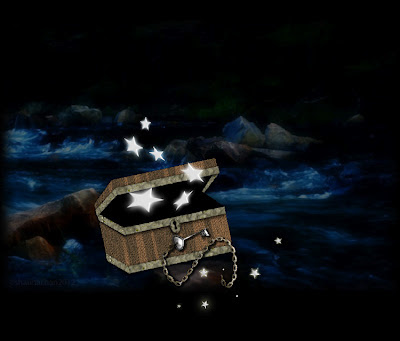 The other day, my eldest daughter encouraged me to check out a website called influenster.com where I could do a survey and get free samples of stuff to try in a what's called a VoxBox. Then, I'd need to do a review of the items, let people know what I thought, maybe in a video, on Facebook, or on a blog.

This is perfect for me! I've been looking for more video ideas to do this summer, aside from the usual tutorials I've been doing. And getting free stuff in the mail is always fun!

So, I went to the website to sign up. Also, I unlocked several "badges" by answering questions about myself. These badges help them decide what type of VoxBox might suit me. The more badges I have, the more likely I'll fit the criteria to receive different types of VoxBoxes. For example, this month is the Mom VoxBox with items geared more toward moms in it. Since I am a mom, I qualified, and was lucky to be selected to receive it!

Now, I know I won't likely receive a VoxBox every month. After all, it is a free service, unlike some of the other paid monthly subscription services you can sign up for to receive samples, like Birchbox or GlossyBox. Still, it will be fun to see what types of VoxBoxes I qualify for and actually get.

I'm still waiting for my first VoxBox to arrive.  When it does, I'll let you know~~~

How to Make an Animated GIF (With Text That Isn't!)

Yes, the time on it is correct.  I was working in the wee hours of the morning to get it ready for posting.  It was a request by a viewer, so I wanted to get it done as soon as possible.

O' course, technology always tosses a wee wrench in the machine.  I'm learning to frequently save my work in prep for software crashes.  Of which, I only had a couple!

Now, before anyone says anything (not that I expect anyone to, but just in case), I do realize there are likely even better and more "pro" ways to get the GIF-making job done.  Me, I improvise and figure out what makes sense to me, that I can somehow relay to others.  I hope it makes sense to everyone else, too!

It's funny...  I never thought I'd be making animated GIFs again.  It seems though, Tumblr has made them popular again.  And maybe other sites, as well.  For me, it was MySpace, back in its heyday.

Making an animated GIF back then, the MySpace days, was pretty exciting.  A person who did this didn't have to rely on those sites where you have to copy code and paste it to get the image.  It's nice being able to create your own stuff.  And now, with today's software, it's so much simpler!

The first time I tried Photoshop Elements 7.0, I was discouraged.  I wasn't sure it even made animations.  But, it does.  And it's pretty awesome.

Now, on to the next project.

I've got some new software coming.  An update to Serif's WebPlus X4 I've been using.  I had skipped the X5 version, since there wasn't much that I needed in it, and I'd heard it was a bit buggy.

Now, WebPlus X6 is out!  I'm looking forward to the new features.  One being the ability to create a website for mobile phone viewing as well as the full-sized site.  This should be fun!

In the days to come, there'll no doubt be mention of the new software as I test out its stuff. 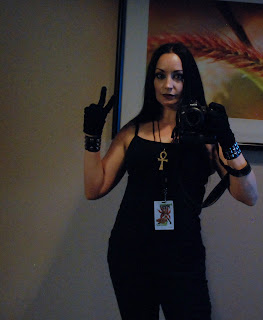 A-Kon 23 is in the can.  Done.  Fini.  And so on.  I've got some things I'd like to say about the event along with a few pics and vid for illustrative purposes.  Though, at the moment, I'm in recovery mode.  For now, I'll just say it went as expected.  Purely energized chaos with loads of awesome mixed in!
\(^.^)/