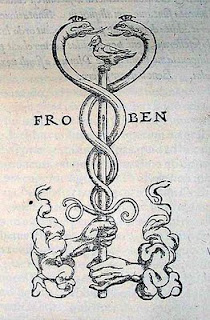 The big topic amongst us Americans lately is health care. Once again we are a people divided, it seems. And I can't help but wonder why such intense anger is coming out of conservatives. Anger and outright fibs. Again. Okay, maybe it's mostly the extreme far right spewing nonsense. Maybe. Here are the top 5 fibs about health care reform listed on MoveON.org.

Our government is working on a plan to fix what's been wrong with health care for many years. That some get it, yet many don't. More and more are going without it for their families. It is a choice of buying groceries or paying for an expensive health plan.

Often times, those without health insurance are simply priced out. It's unaffordable. Or if one can pay for it, it's too expensive to actually use. High deductibles and whatnot. If you don't have insurance, you may be paying out of pocket. The cost of treatment is climbing.

Most people know something is wrong with the system. Even those staunchly against the current plan our government is forming.

Sometimes it takes an extreme event to make one understand the problem. People get angry when they are very ill, hospitalized, and the insurance money is running out. Particularly when their insurance company decides not to pay for treatments that might save a person's life.

Apparently, our current system makes being in the health insurance business highly profitable. They get to decide what treatments they'll pay for. And it doesn't matter if one rarely goes to the doctor. Either way, they keep your premiums. If interested to know more, a vid about the subject HERE. Also, check out SickforProfit.com.

I dunno. Seems to me if you are paying for a service, you ought to receive it. Were it anyone else conducting business this way, there would be lawsuits involved, I'm sure.

So we all can agree, there is a problem. Right? Now the the big question is, will the new reform make the U.S. a socialist country? I came across a discussion, yes, an actual "discussion" in which people don't always agree, about the topic of a socialist U.S. Believe it or not, I found it in the forums of TreeHugger.com. The link HERE.

I'm still forming my opinion on this issue. But if we are already paying for the health of other people through high insurance premiums or paying out of pocket for high priced treatments, why such opposition to the reforms being proposed? I don't get it. 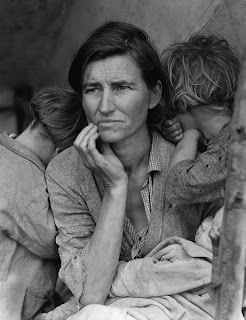 So, here I sit, with my small children demanding much of my attention. It is difficult to focus. I imagine it must be the same for so many parents. Often, I think many people don't examine what is actually being done by our government. What they believe about the state of the country may hinge on a headline in the paper. Even still, enough people paid attention to be done with Bush-style politics.

As far as the "government health care reform=socialism" equation goes, I'm looking at other "free" countries for examples. Like, Canada or England. I wonder, what do Americans think of their health care system? Are Canada and England socialist countries?

To me, it would be nice knowing I could expect to receive health care. That my taxes have already insured me. And the majority of my paycheck did not go to an overpriced health plan I can use only at the discretion of the insurance company. The idea much of my insurance premium lines the pockets of the company's execs is a bit disconcerting. Should we really be treating health care as a commodity?

I suppose if one doesn't mind paying a fortune for health care, more power to them. Having health insurance is the new status symbol!


More on this:
An article written in 2007 by Ezra Klein shows how some countries with the best health care do it. This article can be found here: www.Prospect.org--The Health of Nations--Ezra Klein

It is interesting to note, the health care system of the U.S. ranks 37th, between Costa Rica and Slovenia, when compared to 191 other countries. France is ranked as the best. One can see the World Health Organization's assessment here: http://www.who.int/healthinfo/paper30.pdf. The chart showing the rankings starts on page 18.
Posted by StarCat70 at 12:55 PM