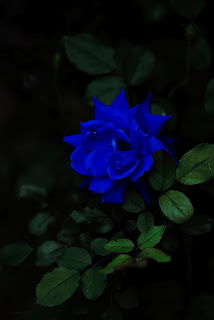 This is one of those days it should be raining.  But it isn't.  The pensive mood would appreciate a bit of gloom.  Though just a touch.  Only enough to sort out a thing or two.

It started with a dream, or perhaps it was a nightmare.  Depending on how one looks at it.  Whatever, it woke me at 3:50 a.m.  One of those rare dreams that leaves me breathless and shaking.  I blame it on watermelon.

Watermelon.  And the brief fasting/cleansing thing I'm doing.  It's supposed to be good for you.  You face your hunger in a different way.  Along with a multitude of other issues that pop up.  Those things you haven't dealt with for months, maybe years.  Those things a person often ignores by eating away the discomfort.  Some might use other methods.  I think mine has definitely been eating.  Mostly chocolate things with fizzy drinks to chase them down.  Not anymore.  For quite some time now, actually.  So, all that stuff from ago has reared its beastliness in a decidedly discomforting way.

Back to the dream.  It's almost faded from memory now.  Dreams often do melt away, leaving only bits of their essence.  It seemed my dad was there, but only his image.  His demeanor was different and quite unlike his gentle nature.  Instead, it was like someone else I'd known before.  An angry violent man who had lashed out at me on occasion.  What an odd thing.  In shadows, his figure stalked at me down a wet, darkened and misty road, a large plastic baseball bat held high in his hands.  The intent to kill evident in his voice.  The face shifted back and forth, from my parent to the dangerous man.  Dreams.  So strange.  I'm sure there was more.  Something that lead to this apex.  This moment where I'd surely meet my end.  I can't grasp it anymore.  There was music, though.  I suppose, influenced by the tunes I've been listening to lately.  Still, this particular song played again and again.  It's not a tune in English, still it's meaning is understood by me.  Too, I know that when I awoke, my mind was quite clear what all of it was about.  The images instantly making sense.

Of course, after a bit of calming, I looked to the aether and apologized to Dad for having had such delirium.  It wasn't truly about him after all.  Though, naturally, I do miss him.  Thinking of him brings tears.

It seems the circle is full.  At least for many of those things from ago.  I'll leave them largely unmentioned for now, but they are being faced and put away neatly, having been dealt with proper.  So, it's taken a few years...  Okay, nearly all my life.  Better late than nay.

A bit of explanation.  The group I've been listening to lately, D, I first encountered at A-Kon last year.  Their music is inspiring, interesting, intense and beautiful.  Maybe it is because they themselves are beautiful that I became so captivated.  That, and because Asagi's voice is so achingly beautiful.  A person has to see them live to know what I mean.  It's an experience.

The song, L'Oiseau Bleu by D.

Thank you ItachinoUchiha for sharing this video.