Slightly Odd--A Note to Self 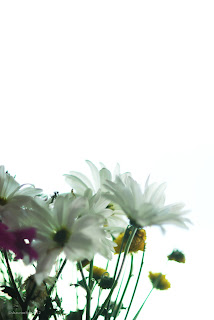 Sometimes, I have those moments of sheer awkwardness.  I know, we all have such times.  It doesn't seem to change much even when you get older, I've noticed.  The difference now is, I don't really care how odd I may appear to others.  Age has its benefits.

It's funny the things you tend to remember from your childhood.  When I was a kid, I used to like to dress differently than other kids.  It was the age of rap music and break dancing, so I sported some sweet Nike shoes and some fat neon laces.  I thought it was cool.  And I could dance, too!  Which probably surprised some people.

But, it wasn't cool.  Apparently.  At least to some of the more, shall we say, "acceptable" kids.  One of them made fun of my shoes, saying they had bumpers on them like footwear for the mentally challenged.  Everyone laughed.  Nice boy, that one.  The class comic.  He fixed it, though, years later.  He actually asked me to watch movies with him once.  He even gave me a heart-shaped box of candy one Valentine's and apologized for being a jerk.  Sort of.  What he actually said was, "Let's face it, you were kind of a dork."
Nope, I didn't forget that.  And I never faced it, because I'd always thought he was kind of the dork, among other things.  O' course, I never watched movies with him either.  I envisioned some sort of Carrie scene unfolding.  And the candy, well, I hesitated a bit, but it was chocolate!

Still, unkind words like those of Mr. Hilarious were said.  Kids made fun all the way up to the high school years.  I suppose it happens to the best of us.  And, really, it steels you for the real world.  Because you realize, you don't need to be popular or travel in a pack to be cool.  I often wondered if they ever felt comfortable in their own skin.  Those cruel beings.  Comfortable enough to walk the halls alone or have lunch solo, like a few of us did.  To see one of them in college, as I often did, was an eye-opener.  There was real fear in their eyes.  Flocks of students they didn't know, who couldn't give two hoots about their own shoes even, must have shaken them to the core.  Satisfaction, indeed.

We're all older now.  I see how they've turned out through social networking.  Ah, the famous Facebook.  I'd like to think they are better people now.  Most of them rarely speak to me, still.  But it's sort of vanilla, anyway.  It makes little difference.  The world is far bigger than school and those we knew in it.  I wish everyone well.  Really.  Even the funny guy.  Surely he now knows how precious life is and how difficult it can be for youngsters and certainly for their parents.  He's got kids of his own.

Which leads me to another thought.  I wonder, do they, the "acceptable" ones, mold their own children to fit the mainstream?  Maybe the youngsters just naturally go that route.  Even so, I remember hearing of talk amongst the faculty at schools my brother and I attended.  They'd try to help students fit in by the mention of hairstyles they should wear and clothing that would be more appealing to the others.  If you were somehow different, they could fix that.  Egad.  I hope that practice has ended.

Now, to me, sitting here with myself in the quiet, I'm quite satisfied with my quirkiness.  Though, when I venture out, I still get the sideways glances.  I've yet to fully understand.  I suppose they can sense that I'm slightly odd.  It's my own fault.  When I speak of a thing, whatever it may be, I may get too passionate about it.  My face is overtly animated, I think.  It must be.  Because an awkward moment happens.  It leaves people speechless.  Haha!  Or maybe, it's the shoes!

No matter.  I seriously think, the whole concept of squashing oneself into a mold of some sort of conformity is pretty much a soul-killer.  It's been tried, by me.  Normal, mainstream stuff.  Wearing the cropped "mom" pants, etc.  It always ends up some distortion of what's expected, though, with my nearly all black wardrobe and black fingernails.  It's not intentional.  It truly isn't about me thinking my style is better than another's.  Live and let live, I say.  Let's just face it... some shoes don't fit!  Wear the ones that do.