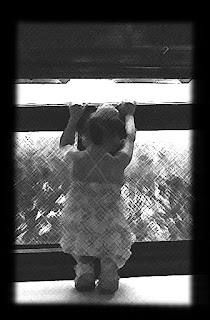 There are times when you just get a feeling something is awry. Or is about to be.

I suppose it could simply be called, intuition.

Fortunately, mine kicked in just in time to hopefully help save the reputations of certain youngsters over the weekend. Maybe we've all learned something from it. I know I have.

I'll not go into particulars, though it has something to do with an odd premonition and a troubled teen's negative influence.

For the record, I could care less about being the "cool" mom. Nor do I care about racking up friendships with other parents. Particularly, "meaningless" friendships. Nope, not interested in taking sides against other moms and dads. It won't happen. And any parent who tries to sway me one way or another, will be disappointed. I'm no fun.

I've noticed, first hand, the quality of a person has little to do with the expensive car one might drive, or the big house in the fancy neighborhood one might live in. Some of the most devious and hateful people come out of those neighborhoods. Which is baffling, because you'd think they were more happy and satisfied with life than anyone else.

No, I'm not impressed. And I'll not likely be joining the battle of the Joneses.

And so, when it comes to our kiddos, I try to be fair.

If they are good kids, who have minor missteps, I'll know it. No need to explain.

Though, when a young person intentionally attempts to ruin the reputation of someone else's child, foul-mouths to that child's mother for entertainment, then chooses to continually deny the undeniable...

it is likely I'll be steering my own child in the other direction.
Sorry, I've no time to "understand" the situation. My kid's future is at stake.

It isn't perfection we are looking for. It is common decency.

Do you know where your children are?
Posted by StarCat70 at 9:41 AM