Thank you BarackObamadotcom for sharing this vid.
I have always admired Colin Powell.

Much of what Powell has said recently, is what we've been saying all along. That our leader should represent all Americans, not just a narrow group. That, yes, there are even Americans who are, you guessed it, Muslim, among the many other faiths. Perhaps some conservative groups have forgotten the United States Constitution, Bill of Rights, First Amendment: 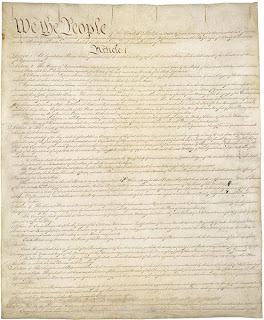 Congress shall make no law respecting an establishment of religion, or prohibiting the free exercise thereof; or abridging the freedom of speech, or of the press; or the right of the people peaceably to assemble, and to petition the Government for a redress of grievances.

Perhaps, some of our fellow Americans are simply ill-informed, as they continue to question the faith and patriotism of Democratic presidential candidate, Barack Obama.


Thank you NCDem for sharing this vid.

Questioning is one thing, but refusing the answer and proof given is choosing the ignorance over reason. The death-threats and hateful remarks of some members of the Republican party only serve to further divide our country.