According to the following quiz, apparently, I am most like a Neo-Paganist with the Reform Judaist following a close second.

Interesting, I guess. But really, can a short quiz sum up a person accurately?

Normally, I wouldn't take such a quiz.
Recently, though, my eldest daughter and I have been having conversations about religion and about where we go when we die. Our conclusion, we are unable to put a label on what we think is true. Much of it we just don't know for certain.

We think there is a power bigger than all of us. Something impossible to comprehend. Much like an ant, or even a smaller organism, would have difficulty comprehending the complexity of a human. 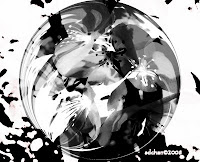 We think there is an energy in all living things. Call it a soul, I suppose. And that the energy goes somewhere else when a living thing dies, but the energy doesn't simply disappear. Sometimes, this energy sticks around us. Many times, we've actually felt "negativity" in certain places. At times, a place might feel "light" and happy.

To us, it seems, when someone does a bad thing, there is imbalance, a negativity causing bad things to happen to that person and to those around them. This imbalance can be corrected in certain ways. Prayer seems to help. Since we think nothing is impossible, we do believe in miracles.

I don't know if that is Neo-Paganism. It seems many religions speak about similar things. Perhaps,it is simply a mix of ideas from several religions.

Email ThisBlogThis!Share to TwitterShare to FacebookShare to Pinterest
Labels: unusual