A Leisurely Drive and Laptop Things

It's not like I really need an excuse to use the new software I've come across. I say it's new, though only because it's new to me. The software just happened to come with the new laptop I was forced to get. The old one, how I loved it so, was full to the brim of miscellaneous software, pics, vids and goodness knows how much music was stashed away in those little compartments, folders, files. The thought of walls full of dusty old filing cabinets stuffed with yellowing pages, half of them in the folder, the other half spilling out, some on the floor, or simply filed in an unknown place (file 13), just crept into my head. That's what's inside that old laptop.

I wonder if most people get their money's worth out of their laptops. I know I have. And it will still be visited from time to time. The time, when I find time, to "clean house" as it were. At the moment, it has been relegated to portable DVD player for the kiddos and the machine they can use to visit the Starfall website. 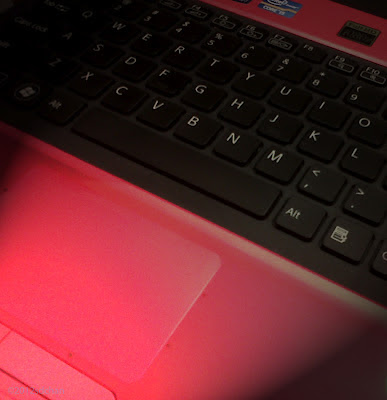 
I worry the new machine will meet a similar fate. I really should learn to edit and store only the good stuff on an external drive. I'm a hoarder, of sorts. Though the contents of my house may be sparse, one need only take a look at me ol' laptop to know the truth! It won't be long before the keys on this new sports car computing device will be polished smooth and shiny, the "f" and "j" home-key bumps worn flush.

And so, in a very roundabout way, I've come to this. The editing software that I made the vid with, Sony Vegas Movie Studio HD Platinum 10.

Now, I've heard of the Vegas Movie Studio stuff for years. I envied those who had it, simply because it could do that chromakey thing. You know, so you can make your background transparent then put some other background in, pretend you were in beautiful France or on the beach somewhere. Silly, I realize. There are more important things going on in the world, to be sure. Yet it had always fascinated me. Funnily enough, I found the software I was using at the time, Cyberlink PowerDirector had the same feature. I'd just not uncovered it yet. Or, maybe it didn't always have that feature? I've upgraded the software a few times, so who knows. Even so, I just knew Vegas was somehow better.

Here's what I know, PowerDirector is extremely easy to use. It has a nice package and can do a pretty fair job of editing and producing some decent stuff. Rendering is super fast. Did I say "super"? (O.o)

Vegas, on the other hand, well, let's just say when I first tried it out, I thought I'd never learn how to use it. Maybe I was expecting it to be similar to the other stuff. It's not. It has me intrigued, because it's a bit of a challenge. It's something new. Although, not very pretty or slick. It seems, there's loads of stuff that can be done with it. For starters, in the version I have, which is not "pro" unfortunately, you can put up to 10 video tracks! What? Seriously. Methinks that's pretty cool, because how else are you gonna chromakey a bunch of stuff without all those layers? Not to mention, you can also put, I believe, 10 tracks of audio. What? I know! Pretty neat! And then, there's the control factor. You have much more control over each maneuver through adding, subtracting keyframes which adds motion or creates some other change. Okay, to be fair, PowerDirector has a little bit of that, too. But, only a little. It's how I managed to create the kaleidoscope effect in my previous posts, Kaleidoscope Experiment II and Kaleidoscope Experiment III. Which, one may notice, part III turned out a bit better, simply because I finally learned how to fine tune and manipulate the keyframes.

So, I guess after comparing the two pieces of software, PowerDirector and Vegas, I'd say if a person were looking for ease of use, go with PowerDirector, it's awesome! However, if one wanted more control and the ability to put in all those extra tracks, definitely go with Vegas. I have to admit, I've crashed them both several times whilst testing out their features. You sort of learn to save your work frequently, just in case. Still, I managed to put several layers of video and music into that vid up there, get it rendered and uploaded to YouTube. I think it crashed so much because the vid of the drive was a huge file, HD no less. And I squished it together on the timeline to speed it up. It wasn't happy about it. Not happy at all. I also threw in a little animation I made on Anime Studio Pro 6. I really want Vegas Pro. Just sayin'.

I'd better get this posted, so I can see what other trouble (software) I can get myself into.
Posted by StarCat70 at 10:30 PM